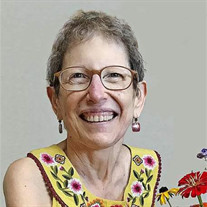 Announcing the death of Anna Richmond Gold on April 16, 2019 from ovarian cancer. For over 40 years Anna was a beloved music teacher for hundreds of children in our community having founded “Children’s Music Center” where she introduced young children to the joy of music with small instruments, xylophones, imaginative play, song and dance. Later her students learned to read music and play recorder. Many went on to study piano and cello as well, under her instruction. In addition to Anna’s private Music School, she also taught string instruments at Deer Creek School, and started a youth orchestra for young musicians in Nevada County. Anna was born on August 19, 1942 in Inglewood, California to Arista Mary Sarkus and Emil Richmond. After spending her childhood in Riverside, California, she attended Pomona College, earning a BA degree in developmental psychology and music. Following graduation, in 1964, she attended Harvard University where she earned her Ed.M degree. After college she was employed for 10 years in Berkeley, California as a demonstration teacher for the University of California working with children and student teachers at the elementary school level. In 1975 she moved to Nevada County. As well as establishing Children’s Music Center here, Anna was instrumental in bringing Waldorf education to our community. Having always endeavored to integrate music and the arts into the teaching of “core” subjects, she was delighted to discover Waldorf schools based on a rich and creative curriculum that had been established in Germany decades earlier by the innovative thinker, Rudolf Steiner. After getting further training in this method, Anna gathered a group of interested parents and after months of planning, eventually Mariposa Waldorf School was established in Grass Valley. It served children as an independent school for 14 years; then it was reconfigured as a public charter school. This school is now thriving as “Yuba River Charter School” on its new campus in Grass Valley. Throughout Anna’s adult life she was a student of Zen Buddhism, and since moving to Nevada County, was active as a member of the Ring of Bone Zendo on the San Juan Ridge. Today Anna is survived by her beloved husband, Jeff Gold, her children, Emily Tremoureux and David Gold, her grandchildren Elias and Nadia Coffey, Charlie, Lizzie, Hannah and Grace Gold and her brother, Lewis Richmond and sister-in-law Amy Richmond. A Celebration of her life and work will be held at the Miner’s Foundry at a date to be announced.

Announcing the death of Anna Richmond Gold on April 16, 2019 from ovarian cancer. For over 40 years Anna was a beloved music teacher for hundreds of children in our community having founded &#8220;Children&#8217;s Music Center&#8221; where she... View Obituary & Service Information

The family of ANNA RICHMOND GOLD created this Life Tributes page to make it easy to share your memories.

Send flowers to the GOLD family.