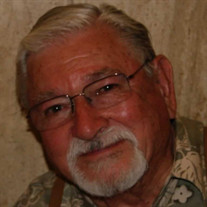 Art Grosse, a longtime resident of Rough and Ready, passed away to be with Our Lord on June 17, 2020, following a brief illness. He was surrounded by Ann, his wife of nearly 60 years, and by his sole surviving child, Richard, and his wife, Heidi. Art was born on May 16th, 1931, in Oakland, CA, the second child and sole son of Leo C. and Josephine P. Grosse. He graduated from St. Mary’s High School in Berkeley and attended Contra Costa Junior College in Richmond. Art served in the Air Force during the Korean War and received an honorable discharge. After the war, he attended San Francisco Mortuary College and went on to work for 25 years in the mortuary business in the Bay Area, mostly in Richmond. Art believed strongly in community service through voluntary organizations. He served as a president of the Native Sons Golden West in Oakland, a commander of the American Legion in Berkeley, and a member of the Junior Chamber of Commerce in Berkeley. He also served for many years as an Assistant Boy Scout Master in Richmond, a position to which he devoted countless hours and enjoyed immensely. Art and Ann moved to Rough and Ready in 1986 and never left. Art was employed at Beale Air Force Base as a maintenance man for many years. Then he worked mostly as a handy man until he retired. Continuing his tradition of voluntarism, he plunged into community life with gusto. Art served as a Board Member and Friend of the Rough and Ready Fire Department, and he played Santa Claus for twenty-six years at the Nevada County Fairgrounds, with Ann rounding out the team as a mighty fetching Mrs. Claus. Art was a vital man. He had the energy of a teenager and the curiosity of a precocious youngster. He was an avid reader and a remarkably graceful dancer, as anyone who saw Ann and him glide across the dance floor will attest. Art relished good food and he loved to cook, a skill he learned from his mother and grandmother and later sharpened by taking culinary classes in junior college. And, my, how he loved music, which he demonstrated for many years every Sunday at the Rough and Ready Fire Department Station by slapping a mean two-string, homemade bass fiddle with that renowned, amateur band, the Fruit Jar Pickers. Most of all, Art adored his family. Ann was the love of his life, and he was the center of her universe. Their marriage was filled with affection, kindness, and loads of fun. Art was a devoted father to his three children, a loving grandfather to his five grandchildren, and he absolutely doted on his nine great grandchildren. Art was preceded in death by his son David and his daughter Lori, both of whom look down on their beloved father from Heaven. Ann and Richard take comfort knowing that David and Lori are there to welcome him. The family wishes to acknowledge with thanks and gratitude Bob and Pat Kile, who provided love and support during Art’s hospitalization. In lieu of flowers, the family requests that donations be made donations to St. Jude’s Children’s Hospital or the Disabled American Veterans (DAV).

Art Grosse, a longtime resident of Rough and Ready, passed away to be with Our Lord on June 17, 2020, following a brief illness. He was surrounded by Ann, his wife of nearly 60 years, and by his sole surviving child, Richard, and his wife,... View Obituary & Service Information

The family of Arthur Grosse created this Life Tributes page to make it easy to share your memories.

Art Grosse, a longtime resident of Rough and Ready, passed away...

Send flowers to the Grosse family.