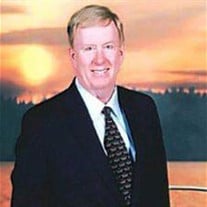 Frederick Max Stiesberg Jr. was born January 5, 1944 in Long Beach, California. He passed the morning of January 23, 2018 at his home in Nevada City, California. Despite his diagnosis of Lung Cancer he always had a positive outlook on life. Fred was a smart, kind, generous, good man. Many hearts are broken due to his passing. Fred is survived by his wife Candace Stiesberg of Nevada City, son Gregg (Tracy) and granddaughter Marina of Penn Valley, sister Carla Jennings of Balboa Island, mother-In-law Ruth Meyer, brothers-in-law Clay Meyer (Suzanne),Tracy Dodd, Monte Dodd (Lorraine), sister-in-law Jackie LeLouran (Frank) and many nieces and nephews. He is also survived by wonderful friends. He was predeceased by his parents Fred and Patricia Stiesberg of Point Loma, California. Fred spent his early years living in numerous locations due to his father's military career until they settled in Point Loma, California. Fred was an Electronics Technician in the US Navy assigned to the "Silent Service" and spent many days at sea on the SSS Halibut SSN-587 and Rock. He was a member of the US Submariners Association. In 1969, he joined the California Highway Patrol and retired as a Captain after 32 rewarding years working in various locations. He was a private pilot so he especially enjoyed his assignment as Commander of the CHP Air Operations Program. Fred was an accomplished woodworker and was always ready to "make sawdust." He had a love for the outdoors, and enjoyed many backpacking trips. A favorite place was Deer Creek in the John Muir Wilderness where he would relax around the campfire. He also spent many days piloting his boat (Candy Pants) on Lake Powell and would joke that a good skipper always uses his excellent judgment so as not to have to show off his amazing skills. He was always ready for the next adventure and thought planning for it was half the fun. He enjoyed road trips, train rides, cruises, the beach house, vacations to Europe and Hawaii. He had a fondness for music and played the keyboard, Taiko Drums and guitar. He enjoyed playing Slack Key guitar due to his love of the Hawaiian Islands. For the past two years he performed on stage at the Maui Cultural Center and was looking forward to returning this year. A Celebration of Fred's Life is being held on March 6, 2018, at 11:30 at the Foothills Event Center, 400 Idaho Maryland Road in Grass Valley, CA. If you desire, donations in Fred's name may be made to a charity of your choice, CHP Widows and Orphans Fund, Disabled Vets, or Dignity Health

Frederick Max Stiesberg Jr. was born January 5, 1944 in Long Beach, California. He passed the morning of January 23, 2018 at his home in Nevada City, California. Despite his diagnosis of Lung Cancer he always had a positive outlook on life.... View Obituary & Service Information

The family of FREDERICK MAX STIESBERG JR created this Life Tributes page to make it easy to share your memories.

Send flowers to the STIESBERG family.