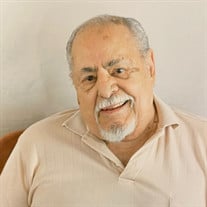 George Kontantinos Asselanis November 23, 1930 – January 24, 2020 Resident of Grass Valley California for 45 years George Asselanis was born November 23, 1930 in Savannah, Georgia, the second of two sons born to Greek Immigrants. An all-around athlete, George played basketball in high school and for his Church team, and later played football in high school and briefly at the University of Georgia where he completed a Bachelor of Science degree in Geology as an USAF ROTC Cadet Officer. It was his booming voice from the parade grounds next to the Science Building that first attracted him to the love of his life, Peggy Vernon, as she listened from her desk as the Geology Department secretary to him lead the drilling of his fellow cadets. It was, in fact, his attraction to her that made George switch his major from Geography to Geology. George and Peggy eloped on March 14, 1953 and were married in the Greek Orthodox Church in Savannah, Georgia, June 28, 1953, knowing full well their love for each other would overcome the obstacles of marrying outside their cultures in 1950’s Georgia. It did and continued to do so for 67 years. From the Air Force Reserves, George began a long career as an officer the United States Air Force. George continued his education, receiving a Master of Science Degree in Engineering at Arizona State University. Together, George and Peggy built a family of most loved and cherished children; Kosta, the eldest son, followed his father as an Air Force pilot and later flew for Northwest Airlines. Kara, the free-spirited, beautiful, artistic daughter who resides in Grass Valley and co-owns the Curious Forge, and Jon, the youngest son, who followed his father’s interest in geology and later his work as an Engineer. None of the children were able to match his commanding voice, yet all learned to love singing and listening to him belt out Calypso and Greek songs. The memories of listening to our father sing as we drove across country from Air Force Base to Air Force Base still linger in our minds as some of the fineness of times. George passed away at Atria Assisted Living in Grass Valley after a long battle with cancer that started in 1974, when he retired from the Air Force as a Lt. Colonel after 22 years of service, and moved his family to Grass Valley. George and Peggy spent 45 years in the motherlode country, where he occasionally sold real estate and constantly played golf, the second love of life, after his family. George leaves his loving wife, Peggy; their daughter, Kara and their son, Jon; Grandchildren Jason and George Asselanis, sons of Kosta (and wife Debra); Grandson Rane Gridley, son of Kara and Jerry Gridley; Grandson Peter Asselanis, son of Jon and wife Tula, surrogate daughter Carol Hachmeister and her family; and many beloved relatives and friends. The memory of his love for life, his joy for laughter and his renditions of Nat King Cole, Harry Belafonte and Roger Miller will forever permeate through our souls. Family and Friends are invited to attend a Trisagion Service and Memorial at the Chapel of the Angels in Grass Valley, Monday evening from 5 to 7 pm, Funeral Services at St Anna Orthodox Church in Roseville on Tuesday from 10 to 11 am, and Military Ceremonies at the Sacramento Valley National Cemetery in Dixon at 1:30 pm. May his memory be eternal

The family of George Konstantinos Asselanis created this Life Tributes page to make it easy to share your memories.

Send flowers to the Asselanis family.