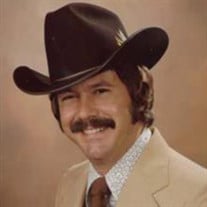 Larry Thomas (Larry T) Weeden passed away from a lengthy illness from dementia caused by hearing loss. Larry was born to Dalton David and Ethelene Weeden in Oklahoma City, OK. He met the love of his live Barbara Jeanne Eatinger, a Chicago City Slicker, at the North Fork Dry Diggings, where he asked her to dance, and they fell in love. Larry proposed to Barbara, September 6, 1982 by writing “Will you marry me” on a napkin. She said yes, after hearing his message on his answering machine. They got married 2 months later on Larry’s 40th birthday, so he wouldn’t for-get their anniversary. They were married for 38 ½ years. They had a combined family of 6 children; Kimberly, David, Rahlene, Cheryl, Stephen, Crystal, 8 grandchildren; Erika, Lauren, Krystal, Taylor, Kay-la, Nichole, Madison, Mika. 5 great grandchildren; Peyton, Carter, Liam, Sailor Jane, Ryan, and many nieces and nephews. This large family allowed them to travel and visit everyone creating many wonderful adventures and memories. Growing up on a farm in OK, Larry was exposed to country life at a young age, to machinery and heavy equipment, since his father was also an excavation contractor. Larry went to school in Guyman, OK and became life long friends with Larry Glen Rawlins. Then shortly after his 17th birthday in 1959 he joined the army; where he finished his final years of high school. After 3 years in the Army Military Police he was honorably discharged as a Specialist E4, Sept. 1962, shortly before his 20th birth-day. He attended college in El Paso, Texas for 2 years while he was still in service. After he got out of service he moved to Sacramento, CA and went to work for a car dealer-ship, which also had a dealership in Torrance, CA. He moved to So. California in 1994 and decided to go into real estate working for Mel Stewart, where he got his brokers li-cense. Larry worked hard and took over the business until he decided to move back to Northern California where his family was living and bought a 20-acre ranch that was built by the Carter Liverpill business owners. He called it “The Garden of Weeden.” It was beautiful and had a place for horses, raising hogs and continued his real estate business until 1995. He went to work for Coldwell First Professional Brokers. He was always in the top 1% of the 50 listings and top producers for Northern California Coldwell Bankers Western Region. Larry’s wife Barbara studied for her real estate license and went to work for Larry as his assistant. All their clients received 2 professionals. Larry always said, “Whatever I touch, turns to SOLD” Larry helped friends with construction projects using machines he had from the ranch. People re-ally liked his work, so he decided to get his General Engineering Con-tractors License, November 1997. The business closed 12/31/20 due to Covid-19. His tractor’s name was Precious. Larry had such a big heart it would fill the hearts of others. Larry was out standing in his field, in the Gar-den of Weeden. Services will be a memorial held at Chapel of Angels in Grass Valley, on July 2 at 1:00pm, anyone who knew Larry is welcome to come share stories.

The family of Larry Thomas Weeden created this Life Tributes page to make it easy to share your memories.

Send flowers to the Weeden family.