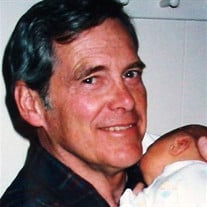 Born January 16th, 1929 to Silas Vincent Sr., and Genevieve Odell Reedy, “Si” grew up in Minneapolis close to his younger brother, Gary, who tragically died at age 21. Si died at home on July 15th after three years of heart failure, and many months of fantastic support from Hospice of the Foothills. Thanks to Full Circle Living and Dying, and the graciousness of Revd Brad Helmuth of Trinity Church, services took place at home. Si graduated from the University of Minnesota in Engineering, as an officer through ROTC, and served the U.S. Air Force in Korea. During his youth, Si was a charismatic leader of Ski Antics, an annual festival on the lakes of Minnesota, where he also learned to fly using float planes. In his professional life, Si continued the charm and integrity that made him “most eligible bachelor of Minneapolis.” Si worked for Johnson Controls, managing overseas offices in Australia and Hong Kong, and becoming Pacific Regional Manager when the family located to San Mateo, California in 1972. He was a well-liked manager who was closest of friends with many of his work associates. For two decades, he accomplished much of requisite travel to 16 branches in the western states by flying his personal aircraft. He was an exemplary pilot who achieved a commercial rating and flew aerobatics. As a family man, Si was exceptional in that he chose to marry Shirley Spiker Olmsted, a widow with three children: Julie (6), Mike (4) and Todd (2). Si took on the role of father as best he could, inspired by his incredibly strong love of Shirley. Gary D. Reedy was born in their second year of marriage. Besides four married children, Si is survived by Shirley, seven grandchildren and one great-granddaughter. Si loved snow skiing and water skiing with his family and friends. He retired to Sunriver, Oregon where he skied at Mt. Bachelor as many as 70 days per year, and enjoyed hiking, biking and canoeing. Si loved family visits and enthusiastically planned outings with his grandkids. Si and Shirley enjoyed 54 years of a loving marriage and moved to Nevada City in 2016 to be close to family.

The family of Silac "Si" Reedy created this Life Tributes page to make it easy to share your memories.

Send flowers to the Reedy family.