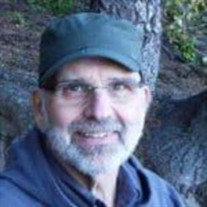 Steve LaBounty passed away on May 28, 2020 in Grass Valley, CA at 77 years old. He was born in Minneapolis, MN on September 19, 1942, though primarily raised in Ft Worth, TX. When he was 16 he and his mother moved to San Francisco. In 1965 he married Pamela Slinkey with whom he had three sons. By 1979 he had divorced, and met his thereafter life partner, Patricia Knoblauch. Steve pursued a career in law enforcement in the Bay Area for 15 years until he was retired due to injuries. Afterwards he became involved in police training (including training officers in Haiti). He and Pat moved to the Sierra Nevada foothills in 1993, first to Pike and then Grass Valley. In 1995-1998 he operated Sharper Edge Cutlery in downtown Grass Valley. While Steve had many hobbies and learned many skills over his lifetime, the one thing he was always devoted to (besides the Catholic Church) was American Kenpo karate. For over 50 years he practiced the art, sought new insights, taught, and mentored students under his Kenpo title “Sigung”. Steve is survived by his partner Pat, who loved him for his fabulous sense of humor, his never-ending exploration of what life had to offer, and his ability to love and be loved. He is also survived by his sons Stephen (Nancy Myrick), Matthew (Kelly Blair) and Christopher (Neela Sakaria), three grandchildren (Miranda, Jacob and Lucas), sister and brother-in law Jeannette and Marco Quesada, brother and sister-in-law James LaBounty/Kip Johl and many nieces and nephews. He also leaves behind his large world-wide Kenpo family. He was preceded in death by his mother Jean, father Archie and brother David. A service for Steve will be held at a future date to be determined. Memorial contributions may be made in his honor to the American Cancer Society or to a nonprofit dedicated to research and/or treatment of Alzheimers

The family of Stephen LaBounty created this Life Tributes page to make it easy to share your memories.

Send flowers to the LaBounty family.